Switzerland plans to drop a criminal case against Sepp Blatter, the former FIFA president, days after the U.S. revealed more charges in a sweeping investigation that has upended global soccer. 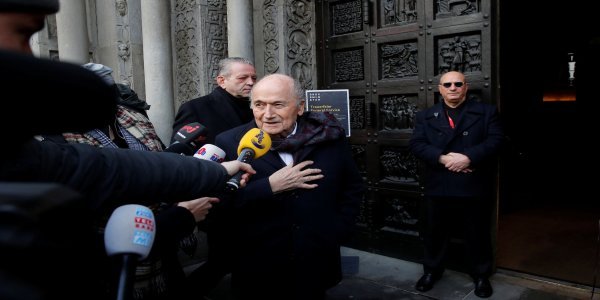 Days after the U.S. Department of Justice unveiled more details in a case that has shined a light on decades-long corruption at the heart of soccer, the Swiss authorities have confirmed that they plan to drop one of two cases against Sepp Blatter, a former president of FIFA, the global governing body of soccer. Blatter had been suspected of improper business conduct and, possibly, embezzlement, according to the Swiss authorities, and he and FIFA were being scrutinized for the awarding of World Cup broadcast rights in the Caribbean in 2005. The setback was another blow to the credibility of the Swiss prosecution of officials in the world’s most popular sport. The inquiry in Switzerland began in September 2015, four months after a Justice Department indictment outlined corruption schemes that implicated some of soccer’s most senior leaders, businessmen and companies at the time. While the United States has since successfully prosecuted many of them, the Swiss have failed in their attempts to match their American counterparts in the pursuit of convictions and indictments. Switzerland’s attorney general’s office confirmed the case had been dropped six days after the latest U.S. charges were made public on April 6. In reaction, Blatter said by phone on Sunday that he was frustrated by the time it had taken for the Swiss to reach a decision. “What is it that you need more than four and a half years to deal with such a case?” he said. He has long denied any wrongdoing. A second criminal proceeding against Blatter — for a $2 million payment he is accused of authorizing to a FIFA vice president, Michel Platini, in 2011 — remains open, the Swiss prosecution office said.

In its decision, the Swiss attorney general’s office said Blatter had no case to answer for awarding World Cup rights in the Caribbean for just $600,000 to the Caribbean Football Union. The C.F.U. later sold the rights for close to $20 million. The Swiss attorney general’s office did not give a reason for dropping the accusation. The C.F.U. was controlled by Jack Warner, a former FIFA vice president from Trinidad who has fought extradition to the United States since being named in the first indictment in May 2015. Warner was named in the latest superseding U.S. indictment published last Monday and accused of leveraging his position to “engage in schemes involving the solicitation, offer, acceptance, payment and receipt of undisclosed and illegal payments, bribes and kickbacks.” 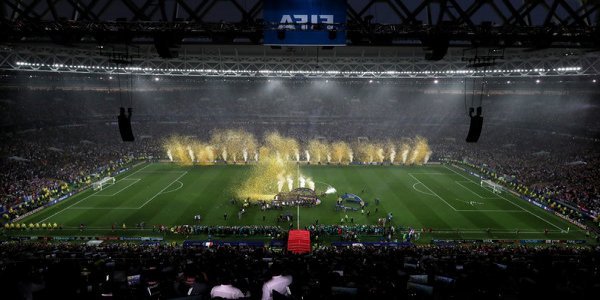 Warner, who was forced out of FIFA while implicated in a separate bribery scheme, claimed in 2011 that FIFA had provided him with heavily discounted World Cup rights to help Blatter win FIFA elections with the support of his Caribbean bloc. Blatter was FIFA’s president from 1998 until his ouster in December 2015, and is serving a six-year ban from soccer.
The setback in Blatter’s prosecution offers yet another unflattering glimpse at the Swiss handling of the case and the relationship with some of the world’s biggest sports federations, which have chosen to be based in the Alpine country long known for advantageous tax and banking secrecy laws. The decision has frustrated some former soccer officials who have had their lives turned upside down after providing evidence to Swiss investigators. One former senior executive who provided details to the Swiss authorities said he felt let down by the poor progress. The former official, who was not accused of any wrongdoing, said he and other former employees had faced difficulties in finding new jobs because of their former links to FIFA. There has been much controversy around the Swiss investigations since they began in 2015, but they have yet to result in a single conviction. Terabytes of files have been seized from FIFA’s headquarters. A number of officials have been accused of corruption, and some charges have been laid out. But uncertainty and confusion remain. Much of that stems from the recent decision to discipline and recuse Switzerland’s attorney general, Michael Lauber, from overseeing the soccer investigations after three previously undisclosed meetings he had with the current FIFA president, Gianni Infantino, to discuss the case came to light. “On several occasions he did not speak the truth, acted in a disloyal manner, violated the code of conduct of the federal prosecutor’s office” and obstructed the disciplinary investigation, Swiss officials stated in a ruling in the case last month. It resulted in Lauber’s salary being cut by 8 percent for one year. He is appealing the decision. His lawyer, Lorenz Erni, also represents Blatter in his criminal case. In Switzerland, that is not considered a conflict of interest. Two years earlier, Olivier Thormann, one of the lead investigators looking into FIFA, was forced off the case after he became the subject of an investigation into allegations of violating secrecy, bribery and favoritism in his handling of inquiries into the soccer body. Thormann, who was suspended, was cleared of all accusations of wrongdoing but still removed from the case. There are also doubts about the progress of other active corruption cases. A trial into an irregular payment between German organizers of the 2006 World Cup and the Blatter-run FIFA in 2005 briefly opened last month before being adjourned because of the coronavirus pandemic. Should the trial of the four Germans accused in the case not be completed this month, it could collapse because the statute of limitations is set to expire shortly. Recent reports in Switzerland and France also revealed that a federal judge told prosecutors last month that they needed more evidence to strengthen a criminal case that alleges a high-ranking Qatari soccer and television company executive, Nasser al-Khelaifi, provided a luxury Italian villa to Jérôme Valcke, then FIFA’s secretary general. Both men deny any wrongdoing.