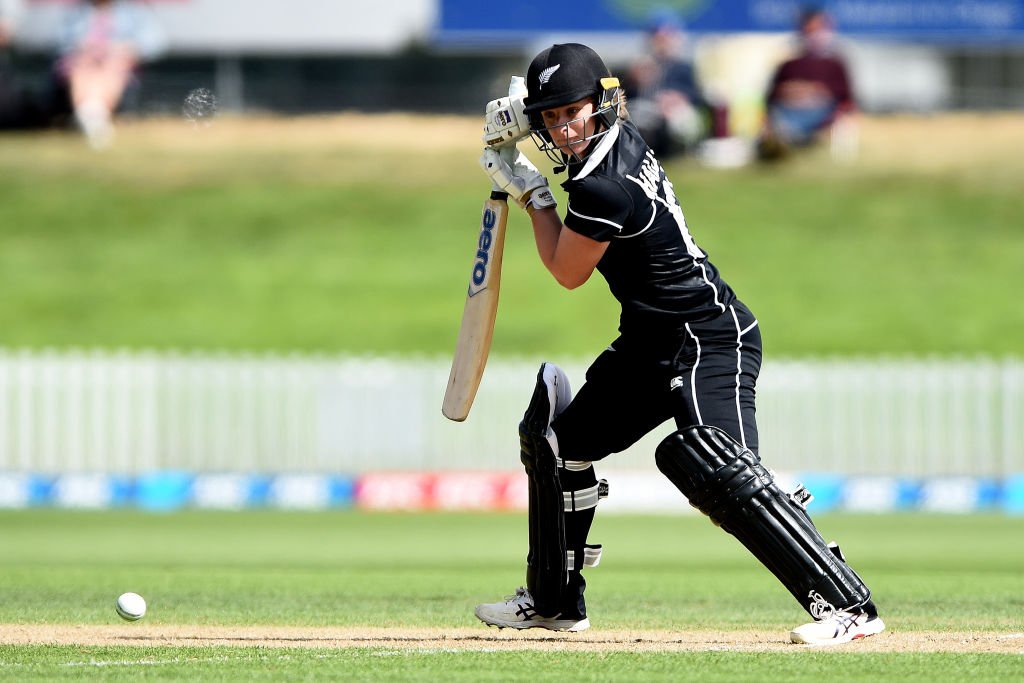 Allrounder Brooke Halliday has been named as the replacement for the injured Lea Tahuhu for the three-match T20I series against England, New Zealand Cricket confirmed on Monday (March 1). Halliday recently made her international debut in the recently-concluded ODI series against England in which she hit two half-centuries in both the innings she batted. Tahuhu, who was earlier ruled out of the ODI series after suffering an injury in the opening ODI, hasn't regained fitness in time to participate in the T20I series. The 30-year-old was down with a hamstring injury and had to be carried off the ground.

"Everyone saw how well Brooke went in the recent ODI series," skipper Sophie Devine said. "She stepped up with the bat and ball offering some handy overs. Although she's not a like-for-like replacement for Lea Tahuhu, it's good to see her getting a chance in the T20 format." Meanwhile, Gabby Sullivan will remain with the squad as cover for pacer Hannah Rowe. Sullivan was initially drafted into the squad following Tahuhu's injury and retained her spot after Rowe tweaked her quad during the final ODI in Dunedin. New Zealand Women lost the three-match ODI series against the visitors and will be aiming for a fightback in the shortest format. All three matches will be played in Wellington with the opening fixture scheduled to be held on March 3.