New Problem for BCCI, Advocate has Approached in High Court for IPL in India

New Problem for BCCI, Advocate has Approached in High Court for IPL in India 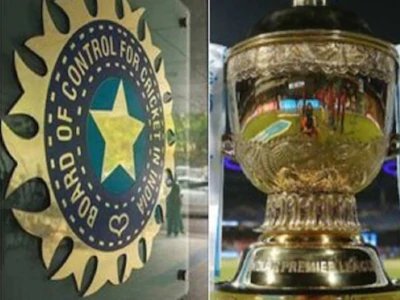 The IPL was to begin in March this year but it was postponed due to the outbreak of the COVID-19 epidemic. On 2 August, the BCCI announced that the tournament would be held in the UAE from 19 September to 10 November. But it now a new problem is there for BCCI because an advocate has approached the Bombay High Court challenging the decision of the Board of Control for Cricket in India (BCCI) to hold the 13th season of the Indian Premier League (IPL) in the UAE this year instead of India. The petition, filed by Pune-based advocate Abhishek Lagoo, said if the IPL is held outside India it would cause huge economic and revenue loss to the country. Lagoo, who in his plea claimed to be an ardent cricket fan, said the IPL is the most popular T20 cricket league and its brand value in 2019 was Rs 475 billion and is the main revenue earner for the BCCI.

The petition is expected to heard by a division bench of Chief Justice Dipankar Datta and Justice Revati Mohite Dere on August 18. "The IPL is not a charity event. The pandemic has created grave difficulties for all businesses. Holding the IPL in India would prove to be a great economic booster which the country needs desperately," the petition said. The plea added that the central government has from time to time granted relaxations in the lockdown like malls are open and other public places. Hence, make arrangements for the IPL to be held inside the country keeping all the safety norms and processes in place. Lagoo, thus, wants the IPL matches to be held in India and not in UAE.