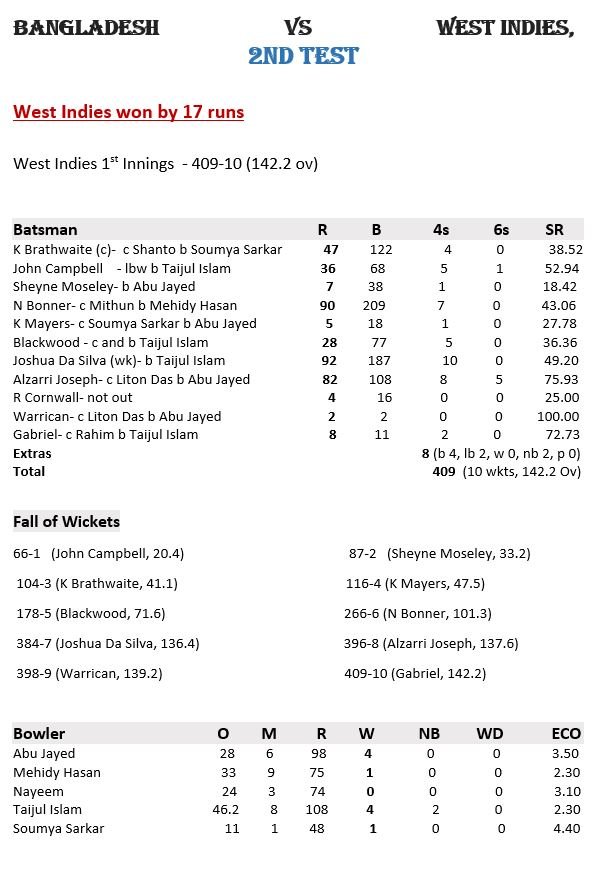 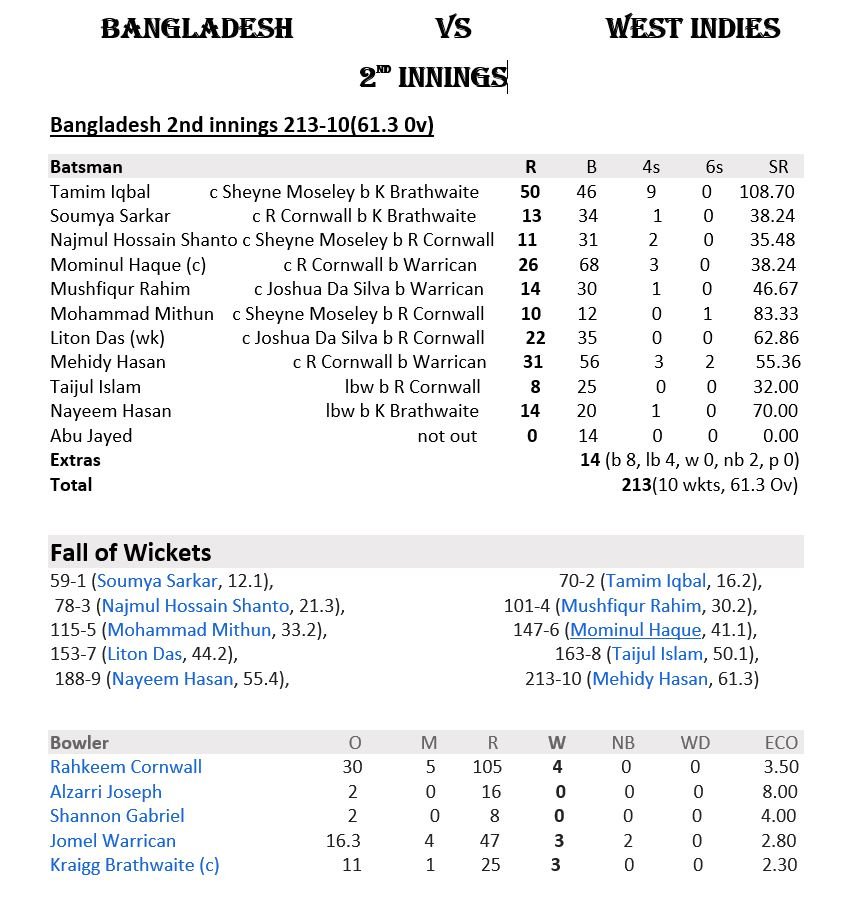 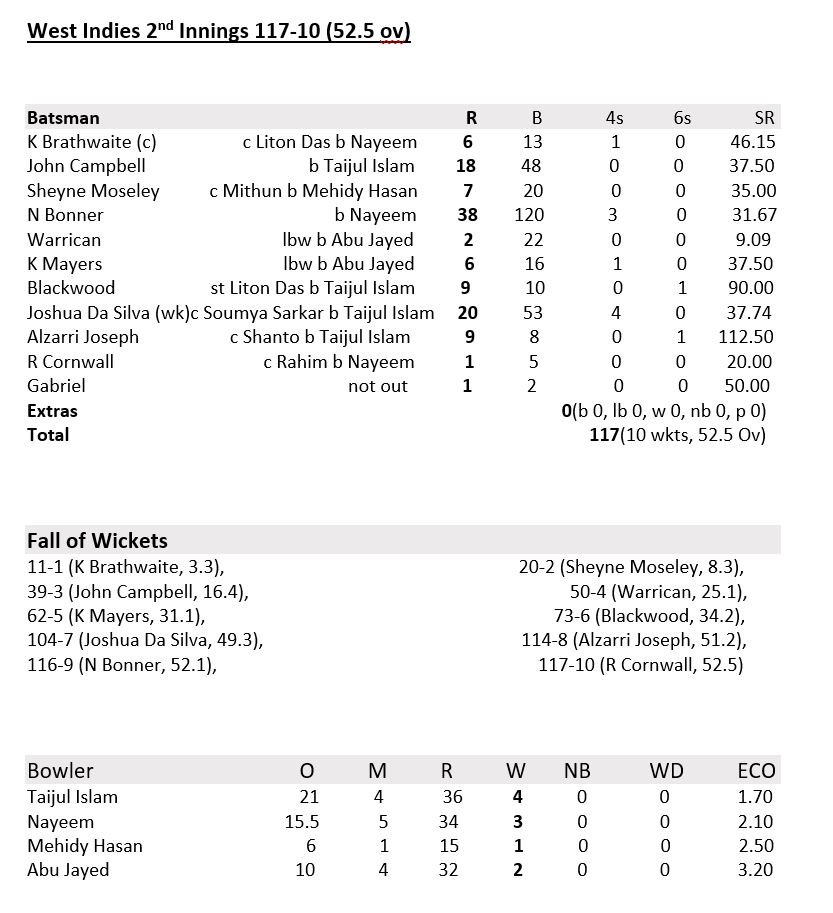 The West Indies looked set to wrap it up. However, there was some drama and action in the extended 30 minutes of play. Mehidy Hasan, the No. 8 batsman, decided to take the aggressive route and was also rewarded for his efforts. In the 59th over, he smacked Rakheem Cornwall for a six over long off and then used the slog sweep to collect a boundary. In the next over bowled by Cornwall, he once again cracked a six and a four to bring the equation to fewer than 20 runs. However, Jomel Warrican sealed the deal for the tourists by removing Mehidy with Cornwall grabbing an excellent catch.
Earlier, the West Indies' spinners had set up the win by running through the heart of Bangladesh's batting line-up. In pursuit of a tricky target, Bangladesh's openers played with positive intent. The final session didn't start brightly for the home team, as Musfiqur Rahim fell early when he edged one behind. He placed his belief in the review but couldn't get to overturn the call. Mohammad Mithun was the next batsman to be dismissed when he edged one to leg slip off Cornwall.