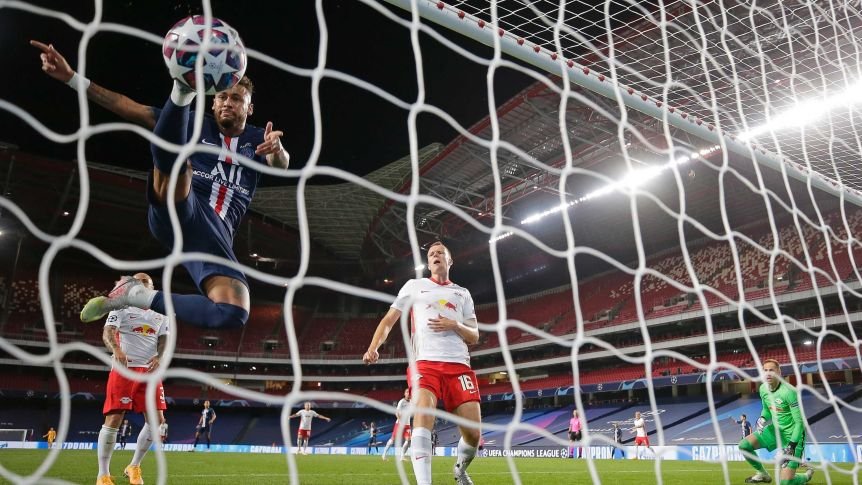 PSG defeated Germany's football club RB Leipzig 3–0 in the semi-finals on Tuesday night to clinch the UEFA Champions League final for the first time.
Angel Di Maria scored one goal and also assisted two goals. Brazilian striker Neymar, the world's most expensive footballer, could not score a goal for PSG in this match, but did help in a goal.
PSG vs. RB Leipzig score
Final score
PSG - 3
RB Leipzig - 0
PSG is the first French team to reach the Final since Monaco in 2004.
After the match, PSG players celebrated by dance. France's Prime Minister Jan Castex looked happy with the team's performance and wrote on Twitter, 'Experience, talent and team spirit are necessary for victory. PSG has done it. PSG were in the driving seat from the start as Marquinhos opened the scoring with a header from an Angel Di Maria free-kick in the 13th minute. Just before the half-time, Di Maria doubled the lead for his team with a close-range left-footed finish past goalkeeper Peter Gulacsi. Bernat put the game beyond the opposition in the second half with his header from yet another Di Maria cross.

PSG will now face either Bayern or Lyon in the final on August 23.
All Champions League matches, including PSG vs. RB Leipzig, are available live on CBS all access, which is the network's online streaming service. The Champions League Final will be shown on TV via CBS Sports Network. CBS All Access starts at ₹448 a month, but it is offering a one-month free trial promotion for new subscribers through mid-August. Users can cancel subscriptions at any time.
Below are the devices on which CBS All Access can be streamed: Android, iPhone, iPad, Apple TV, Google Chromecast, Amazon FireTV, LG, PlayStation 4, Xbox One, Roku, Samsung, Visio and Xfinity.
As for live TV streaming services, CBS Sports Network is available on fuboTV, YouTube TV and Hulu, and all three come with free trials for new subscribers.
All Champions League matches are scheduled to start at 3 p.m. ET.