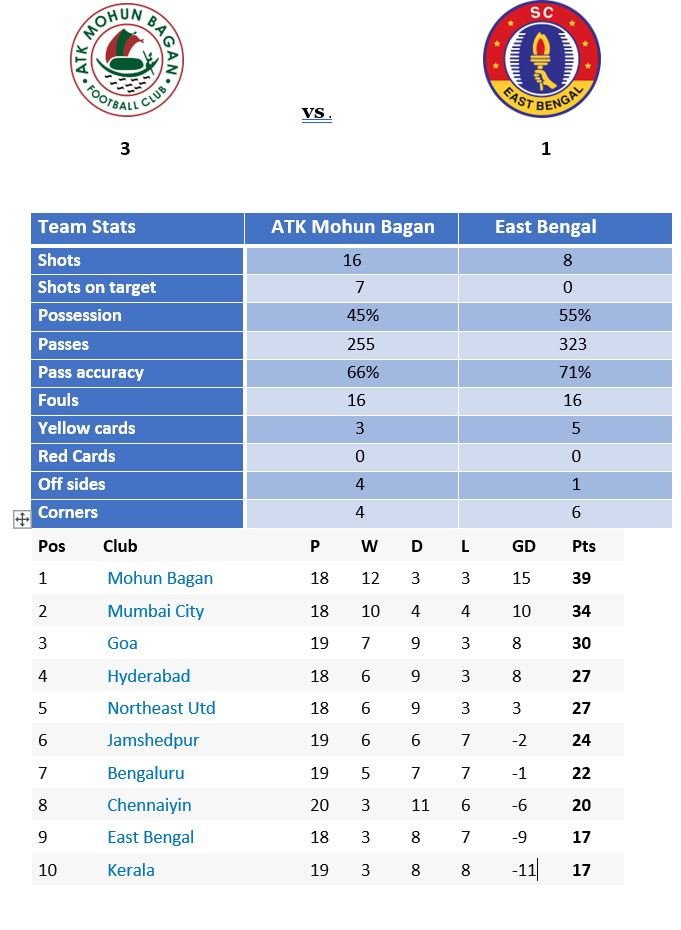 ATKMB have now won five matches in a row, and lead Mumbai City FC by five points at the top with the latter having a game in hand. HIGHLIGHTS • ATK Mohun Bagan completed a double over SC East Bengal with a 3-1 • Roy Krishan scored the opening goal of the match vs SC East Bengal • Javier Hernandez and David Williams also scored for ATK Mohun Bagan
Roy Krishna powered ATK Mohun Bagan to a 3-1 win over SC East Bengal in the Kolkata derby at the Fatorda Stadium on Friday. The 33-year-old forward scored the opening goal before assisting their other two goals to help the Mariners complete the double over their city rivals and extend their winning run in Indian Super League (ISL) 2020-21 to five games.