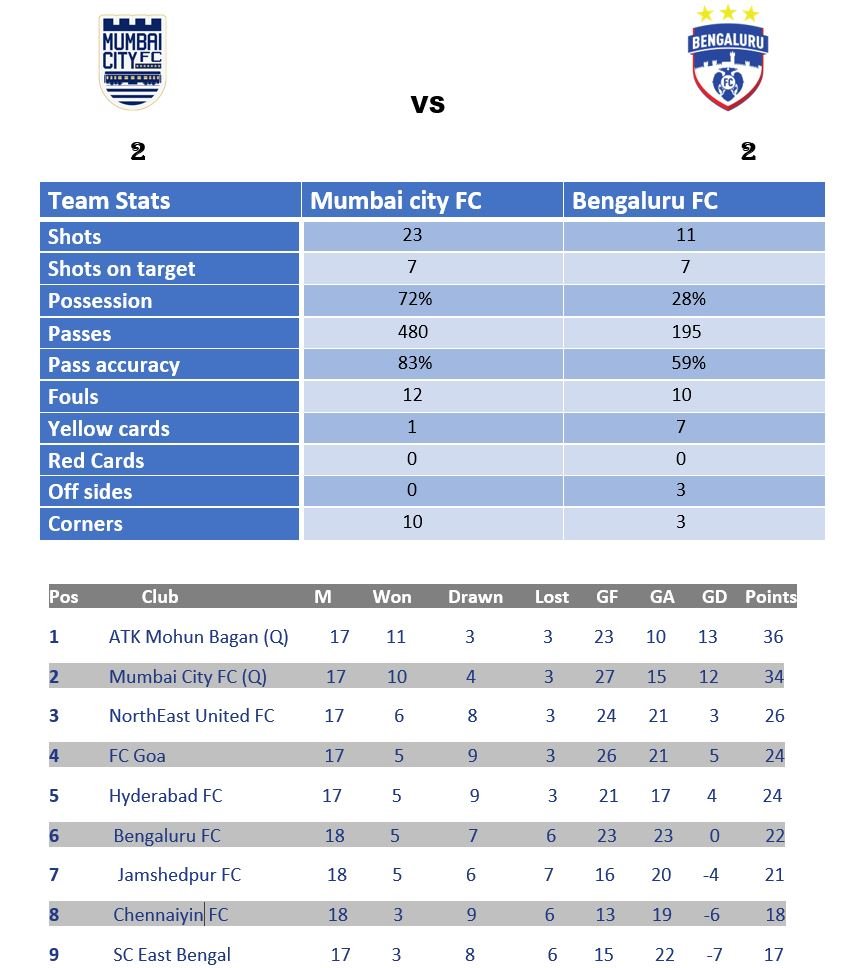 Mumbai City FC succumbed to their third defeat in the 2020-21 season of the Indian Super League (ISL) after Bengaluru FC beat those 4-2 at the GMC Stadium in Bambolim, Goa. The Islanders could have reclaimed their position at the top of the table with a draw or a win, but came up short. Mumbai City FC is still second in the table, with 34 points from 17 matches. Their final match against ATK Mohun Bagan is also the last match of the season. It could decide the eventual table-topper as well as India's representative in the 2022 AFC Champions League. Cleiton Silva gave Bengaluru FC the lead within 25 seconds. The Brazilian doubled the lead in the 22nd minute after nodding the ball into the back of the net from a free-kick. This meant Mumbai City FC had to play catch-up throughout the match. Upcoming matches Hyderabad vs. Kerala Blasters Date : 16th Feb. 2021 Time : 7:30 pm IST