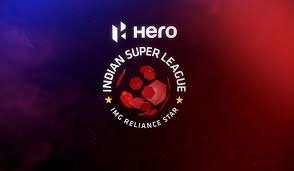 ATK
Currently, we can all agree ATK is the strongest club as they won the ISL 2019–20 season. The Indian Super League was founded in 2013 as one of the two top-tier leagues in India, alongside the I-League. Founded on 21 October 2013 partnership with IMG, Reliance Industries, and Star Sports.

Followed by the name change in 2018-18, Atletico de Kolkata were known by ATK. The Kolkata side welcomed back Antonio Lopez Habas and brought several changes to the roster after two disappointing seasons. Riding on the class of Roy Krishna and David Williams upfront, ATK looked unstoppable. They met Chennaiyin FC in the final in Goa. The Red and Whites ran out comfortable 3-1 winners.


Bengaluru FC became the first ISL team to beat the monopoly of Chennaiyin FC and Atletico de Kolkata in the ISL. The Blues led by Albert Roca finished top of the league standings and were up against second-placed FC Goa in the Andheri Stadium in Mumbai. Both the teams were high on scoring form and the final turned out to be extremely tactical. After 117 minutes of stalemate, it was Bengaluru FC’s Rahul Bheke who rose above everybody to slot home the winner by a header by making it 1-0.
ISL 2017-18 : Chennaiyin FC
ISL 2017-18 witnessed the addition of two new teams with the recognition of the league by AFC. The play-off winners were now allowed to play in the AFC Cup play-offs. Bengaluru FC and Jamshedpur FC were the new teams. Although Bengaluru FC showed consistency and hosted the final, it was John Greogory’s Chennaiyin FC who ran out 3-2 winners in a dramatic final in Bengaluru. A Mailson Alves brace in the final was too much for the Blues to overcome in front of their home fans.
ISL 2016 : Atletico de Kolkata
The Red and Whits cruised to their second ISL title in three years after a managerial change. Atletico de Kolkata parted ways with their Head Coach Antonio Lopez Habas and brought in Jose Francisco Molina. Molina’s side showed consistency throughout the tournament and managed to reach the final. They were up against familiar finalists Kerala Blasters in Kerala. After a 1-1 draw, the game went into penalties. Atletico de Kolkata came on top after the spot-kicks and ran away 3-4 winners in front of 60,000 Kerala Blasters fans.