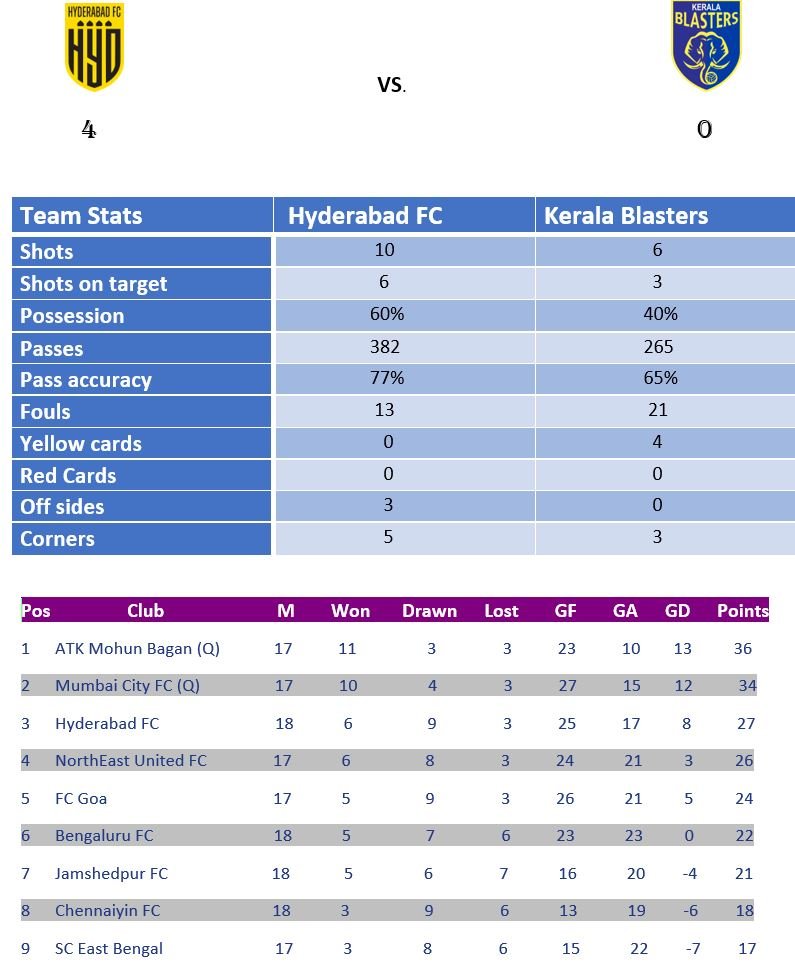 Hyderabad FC on Tuesday registered an emphatic win in the ongoing Indian Super League (ISL) 2020-21 season against Kerala Blasters FC. The Hyderabad-based franchise has now jumped to the third spot in the league standings, with a defeat for the team from Kerala virtually knocking them out of contention for a spot in the playoffs. Fran Sandaza scored a brace in the second half to begin the flow of goals from Hyderabad FC in the second half. This was followed by Aridane Santana and Joao Victor netting a goal apiece.
Kerala Blasters FC looked in control of the game during the first half, with four shots on target in comparison to zero for their opponents.
However, despite the early dominance, the Kerala-based franchise failed to convert the opportunities into a goal; with inefficiency in the final third costing the team some fine chances.
Upcoming matches
Goa vs. Odisha
Date : 17th Feb. 2021
Time : 7:30 pm IST
Stadium : Fatorda Stadium