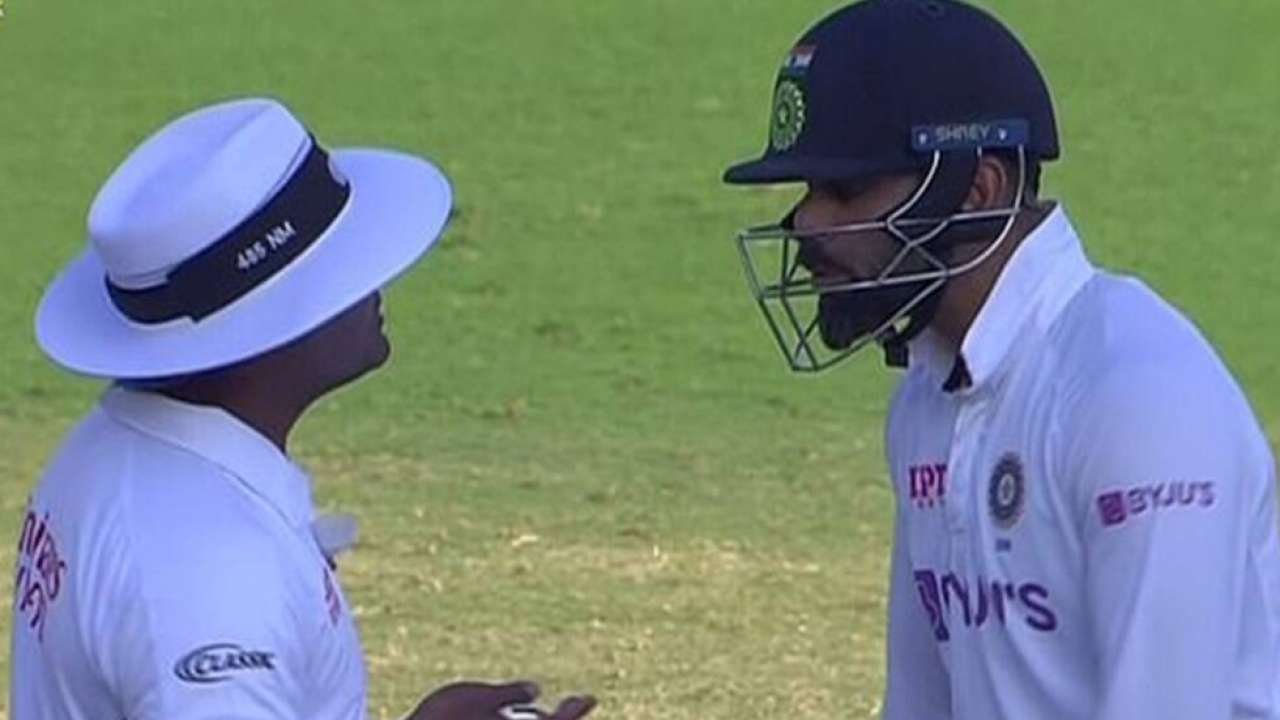 Indian captain Virat Kohli may face a one-match ban for a heated exchange with umpire Nitin Menon, reports said on February 16. The argument erupted after Kohli's English counterpart Joe Root was given not-out following a close LBW appeal.
The ICC Code of Conduct mandates issuance of "one to four demerit points" to a player for "dissenting at an umpire's decision". The number of demerit points would depend on whether Kohli is found guilty of Level 1 or Level 2 offence.
A player charged with four demerit points is penalized with a ban of one game.
Kohli already has two demerit points to his name, reported India TV, adding that if he is found guilty of violating the code of conduct through his argument with Menon, he may end up being banned for one match.
Article 2.8 in the ICC’s Code of Conduct, "the violation of rules include “arguing or entering into a prolonged discussion with the umpire about his/her decision."

The controversy surrounding Root erupted on February 15, on Day 3 of India vs England 2nd Test match. At fag end of the day, an off-spinner from Axar Patel struck the pads of Root, prompting the Indian fieldsmen to go for an appeal.
Kohli, during the match broadcast, was seen in a lengthy discussion with Menon following his decision. Visibly irked, he walked back to his fielding position while shaking his head as a mark of disappointment.
"It was odd that the India team and their captain took the full 15 seconds to work out whether to review or not. They weren’t actually sure what they were reviewing for," Daily Mail quoted him as saying.