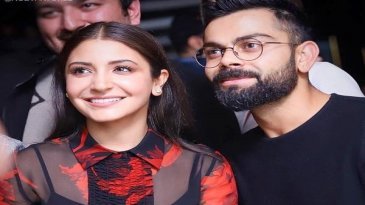 
• Pollard becomes the second player after Yuvraj to hit 6s in an over in T20
• The West Indies won the match by four wickets with 41 balls in hand, finishing with 134-6.
• Dananjaya had just picked up a hat-trick.
Kieron Pollard turned the tables for West Indies in their T20 match against Sri Lanka. Akila Dananjaya had just picked up a hat-trick and things looked a bit difficult for the hosts. But Pollard was in no mood to let a hat-trick affect his mind. The West Indies captain slammed six sixes in an over off Dhanajaya to become only the second player after Yuvraj Singh to achieve the feat in T20 cricket.
Pollard was batting on 2 off 4 and had just watched Simmons dismissed leg-before by Wanindu Hasaranga when Dananjaya came on to bowl his third over. And what an over that turned out to be! The first six went high over long-on, the second one straight into the sight screen, the third over long-off, while the fourth six was sent to the mid-wicket region, well over the fence. The fifth one went over the long on region and Pollard was gearing up for a monumental achievement.
"A couple of things went through my mind before the sixth ball - before the last ball, I thought should I go for the six or take the 30 runs in the over, he went around the wicket and bowled it onto my pads, I told myself 'Wait Polly, take a chance'. That's how I have played my cricket all along, especially against the spinners," Pollard would reveal about what went through his mind before the final delivery.