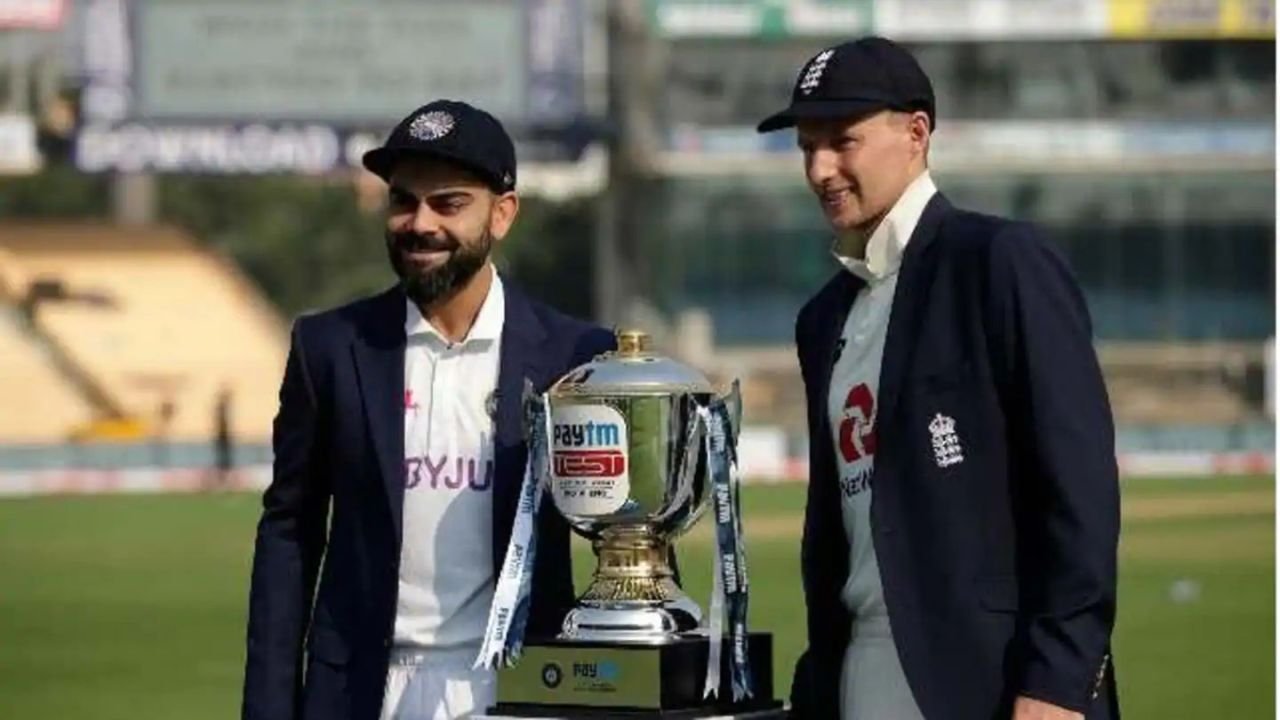 KEY HIGHLIGHTS
• Team India will host England in the 3rd Test of the four-match series from Wednesday (February 24) • The match will be played at Ahmadabad’s Motera Stadium, with largest sitting capacity among cricket grounds • The series is nicely poised at 1-1
After the end of the Chennai leg, India and England will meet for the third and penultimate Test of the four-match series at the new Motera Stadium, Ahmedabad on February 24 (Wednesday). Both sides have been competitive so far in the series, which will pave way for the second finalists of the ICC World Test Championship final.
The challenge for the third Test will be different altogether. The red ball will be replaced by the pink ball as this will be the 16th day-night encounter in the purest format of the game. It will be interesting to see how the pink SG ball behaves and is managed by some superstar pacers in both ends, such as Jasprit Bumrah, Ishant Sharma, James Anderson, Stuart Broad, Jofra Archer, Ben Stokes, etc.
While a lot of noise has been made about the ground -- the world's largest cricket stadium with a capacity of 1,10,000 -- the nature of the pitch remains a mystery so far. Traditionally, the pink-ball Test is mainly for seamers, with pacers taking 354 wickets in 15 D/N Tests so far as opposed to 115 scalps by spinners, they are chances that the curator might throw up a turner at the Motera to negate the threat posed by the English pacers.

Match prediction
There is plenty to play for both sides in the upcoming day-night test. With one finalist yet to be decided who will join Kane Williamson-led New Zealand in the inaugural WTC final at Lord's, later in June, the result of this encounter might clear the picture significantly. An unassailable series lead is also on cards for both sides.
NEWS:
Archer: Archer, who did not play the second Test due to an elbow injury, is set to feature in the pink ball game.
Asked if England win can the series from here, Archer said: "Oh yes. I think that's why this next Test is important. If we do go ahead we can always draw (fourth Test).
"We always play to win but this next one puts us in the driver's seat, I think we control the last game if we win this one," he said during a virtual media interaction.
Archer is looking forward to bowling with the pink ball under lights.

Ishant Sharma: Ishant Sharma has been one of Indian cricket's silent performers for several years now. The tall paceman, who plays only Test cricket for India for a while now, has been one of the most improved bowlers in international cricket over the last five years. He recently joined an elite list of Indian bowlers to pick 300 Test wickets and is now set to become only the second Indian paceman to play 100 Test matches after Kapil Dev. "I only play one format, so the WTC is like a World Cup for me. If we reach the final and then go on to win it, it will be the same feeling as winning the ICC World Cup," the paceman said.

Virat Kohli one century away from surpassing Ricky Ponting and creating world record
India captain Virat Kohli will be on the verge of surpassing former Australia captain Ricky Ponting and creating a world record when he steps out to bat in the upcoming third Test against England at the Motera Stadium in Ahmedabad. Kohli has scored two fifties in the series but has not been able to convert it to a hundred yet. If Kohli gets a ton in the pink-ball Test, he would be crossing Ponting in the list of captains with most international hundreds. It would be Kohli’s 42nd international ton as captain, the highest by any player in the world. It would be Kohli's 28th Test hundred.
Currently, both Ponting and Kohli are tied at the top position in the list with 41 centuries to their name.
The four-match Test series is currently levelled at 1-1 after India won the 2nd Test at the Chepauk Stadium in Chennai by 317 runs. It was Kohli's 21st win in a Test match at home as captain - and he equalled MS Dhoni's record of India captain with most Test wins at home.

India vs England 3rd Test: All the changes in the playing XI

• Ind vs Eng Playing XI update from toss: England have made four changes while India have made two changes.
The third Test between India and England is all set to get underway at the refurbished Motera stadium in Ahmedabad, which has been renamed after India's prime minister as the Narendra Modi Stadium.
England captain Joe Root called it right at the toss and has decided to bat first. The visitors, who lost the second Test match, have made four changes to their playing XI. Veteran pacmean James Anderson, who played a crucial role in England's victory in the series opener, is back and so is express paceman Jofra Archer.

England have decided to go in with a three-man pace attack with Stuart Broad keeping his place in the playing XI. Zak Crawley and Jonny Bairstow are also in to strengthen the batting. The players who miss out are Rory Burns, Dan Lawrence, Moeen Ali and Olly Stone.
The hosts too have made two changes to their playing XI from the victorious outing in the second Test. Jasprit Bumrah is back in the side in place of Mohammed Siraj, while Washington Sundar has returned in place of Kuldeep Yadav.