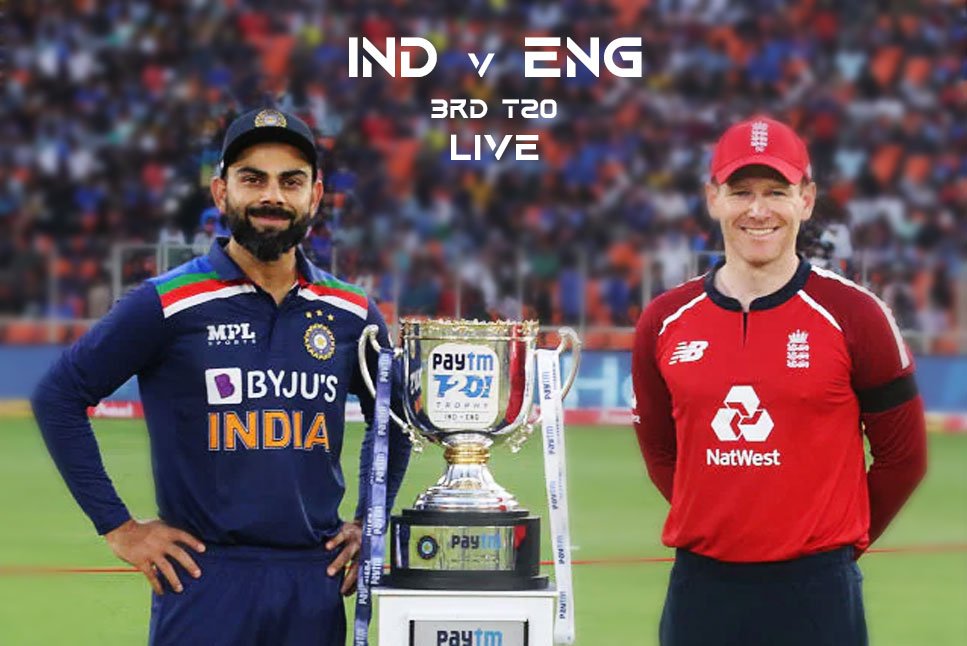 Much in contrast, India almost had the perfect game, ticking all the right boxes after their disappointing start to the series. Going too hard too soon, they reigned their instincts in, but continued with their experimentation, handing Suryakumar Yadav and Ishan Kishan maiden T20I caps. While the former didn't get to bat in the chase of 165, Kishan shined in his maiden knock and blazed away to a half-century.
England captain Eoin Morgan likened the pitch that will be used in the third T20 International to Ayers Rock, because its colour resembled that of the sandstone monolith in the heart of Australia's Northern Territory's arid "Red centre". Two different pitches have been used in the two concluded games in the five-match series so far. The black soil one- used in game one suited England as it had more pace in it. The second one,-however, jolted them right out of their comfort zone and exposed their weakness.
"A typical Indian wicket" is what Morgan said it was, but it's the kind of run-ins England are looking for ahead of the T20 World Cup, to be prepared for whatever is thrown their way.
When: India vs England, 3rd T20I, March 16, 7:00 PM local time
Where: Narendra Modi Stadium, Ahmedabad

What to expect: Game three will see a red soil pitch being used, which could be of assistance to the spinners. Morgan reckons the pitch could worsen as the game goes on, hinting that unlike what we've seen so far in the series with the advantage lying with teams batting second, this one could be about batting first and posting a strong total, with little dew coming into play.
Team News:
India: Kohli had said that Rohit would be rested for a couple of games. Going by that, he may come into the XI at the expense of KL Rahul, who's had a disappointing two games. They may also bring back Axar for a pacer if the wicket assists spin.
Probable XI: KL Rahul/Rohit Sharma, Ishan Kishan, Virat Kohli (c), Shreyas Iyer, Rishabh Pant (wk), Suryakumar Yadav, Hardik Pandya, Washington Sundar, Shardul Thakur/Axar Patel, Bhuvneshwar Kumar, Yuzvendra Chahal
England: The only change for England could be Tom Curran out for either Moeen Ali or Mark Wood. If you've to go by what Eoin Morgan said about the wicket aiding spin, it should be Moeen, who can also take the ball away from the left-handers in Kishan and Pant. Although Wood's bruised heel is better, England may save him for game four.

What they said:
"To become better in these conditions, the only way you do that is by playing and making mistakes. You tend to learn quicker if you're winning and confident and everything goes reasonably smoothly - you can integrate the learning quite quickly - but equally, if we have to learn the hard way, we're still going through that process of trying to learn game-on-game so when it comes to the World Cup in seven months' time, we can be as best prepared or know more about ourselves and where we need to get better before then." - Eoin Morgan after the seven-wicket loss.