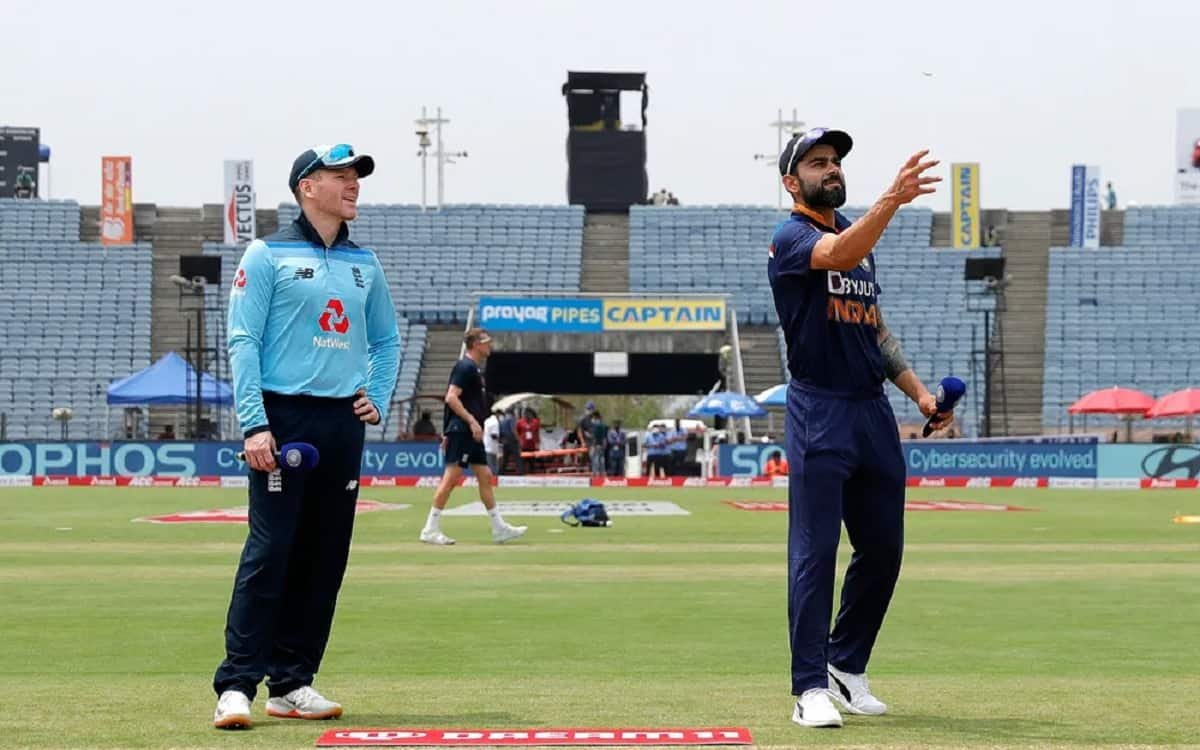 India would also be pleased with the fact that they lost the toss three times in a row - fourth and fifth T20I and the
first ODI - and won all three games against a side that is renowned for chasing down sizeable targets. Moreover, the Indian quick bowlers have been able to execute their plans despite the dew factor coming into play. What about their opponent, England? For about 14 overs of the game, England's openers played with pomp and splendour. But once Jason Roy was dismissed, with Bairstow following him back to the hut, the turbocharged ship seemed to crash into an iceberg with their plans turning upside-down.

England's doctrine of playing with freedom has been the cornerstone of their success in limited overs. As Morgan reiterated at the post-match presentation that they would continue to play that way: "Sometimes it doesn't work. But for us it's better to lose like that than losing by 10-20 runs. That's the way we'll continue playing." Just that in the absence of Joe Root, they seem to lack a fulcrum who can glue the innings together in the middle overs of an ODI.

They would want one of their batsmen to lend heft to the middle-order by converting starts into scores of substance. England's seamers too were seemingly at a loss bowling quite a few deliveries in the slot, or tackled with upper-cuts when their pace-enforcer Mark Wood went short against Krunal Pandya. The tourists would hope to get their act right with both bat and ball, before the door shuts on their chances of making a comeback in the series.

What to Expect: The surface for the first ODI had decent carry, with pacemen occasionally extracting nifty movement. However, the batsmen also got value for their shots. It is expected to be another hot day with temperatures set to touch 38 degree celsius, and dew could make its presence felt later on in the match. Team News
India

With the trio of Shikhar Dhawan, Virat Kohli and KL Rahul making crucial contributions in the opening game, India's batting line-up is in good shape. Meanwhile, the BCCI confirmed that Iyer has been ruled out of the next two ODIs against England due to a shoulder injury. So Suryakumar Yadav or Rishabh Pant is set to come into the playing XI. Kuldeep Yadav who struggled to find the right length in the first ODI could be replaced by Yuzvendra Chahal.

England suffered a blow after Eoin Morgan was ruled out of the final two ODIs due to a finger injury. To make matters worse, Sam Billings, who sprained his collarbone in the first match, will be unavailable for the second game. The decision on his availability for the last ODI will be taken shortly.

In Morgan's absence, Jos Buttler will lead the side, with Liam Livingstone making his ODI debut. Livingstone can be used as a floater in the batting order and also provides England with an extra spin option. Meanwhile, Dawid Malan has been added to the squad and is available for selection.

Reece Topley could also come into the equation replacing Tom Curran. The left-arm paceman could bring variety into the attack, alongside generating swing upfront. The tall bowler, who made a successful comeback from a career-threatening back injury, also seems to have added an extra yard of pace since his return to top-flight cricket. Possible XI:
Jason Roy,
Jonny Bairstow, Ben Stokes, Dawid Malan, Jos Buttler (c), Liam Livingstone, Moeen Ali,
Sam Curran,
Adil Rashid, Reece Topley, Mark Wood What they said: "I'm honestly not surprised with what he (Prasidh Krishna) did," KL Rahul said in the presser. "I was always confident that the next player coming out of Karnataka would be Prasidh. We aren't from the same batch but I watched a lot of him in junior cricket, watching him in the nets, he was somebody who would catch your eye. Tall guy, who bowls quick, gets a lot of bounce, having played with him in the last couple of seasons in Musthaq Ali and Vjay Hazare, I realised that he is a brave boy. He has a great sense of the game, not just his skill but how he understands the game better and how he reads the game, he is a very keen learner, very brave comes in with a lot of aggression.. saw in the last game, he wasn't shy to have a word or two with the batsmen, and he enjoys being in a contest, that is something I loved about him. He wasn't overwhelmed by the place that he is in, playing his first game for the country, I'm sure there would be a lot of nerves, the way he came back after the first three overs, got those crucial wickets, so these are the qualities that define a player and as a team a lot of us are very, very impressed with what he has done," he added. Squads: