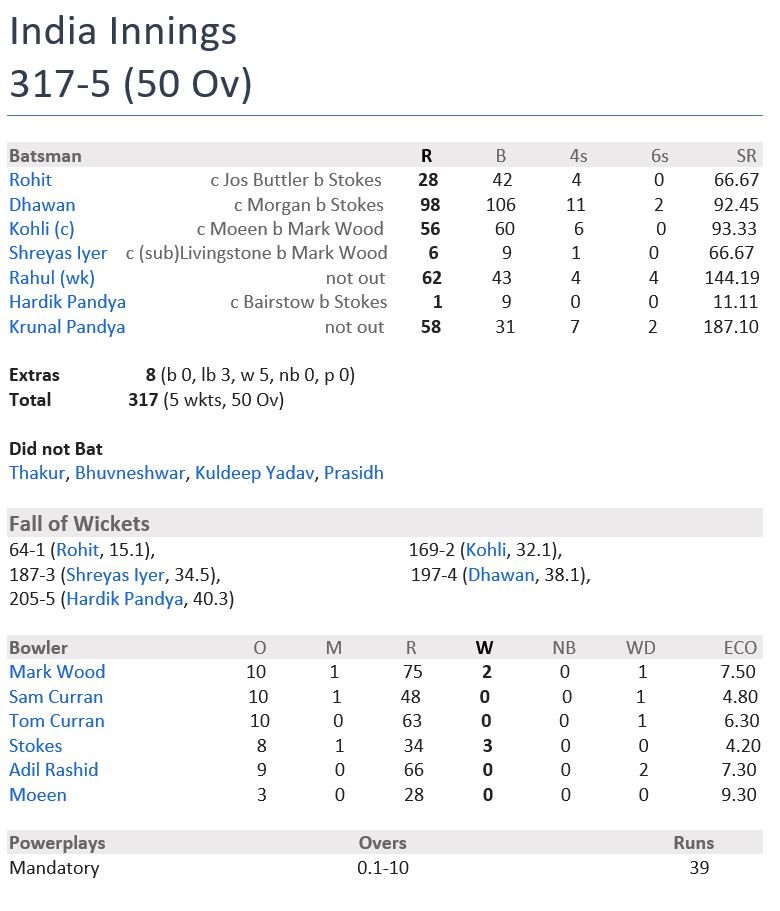 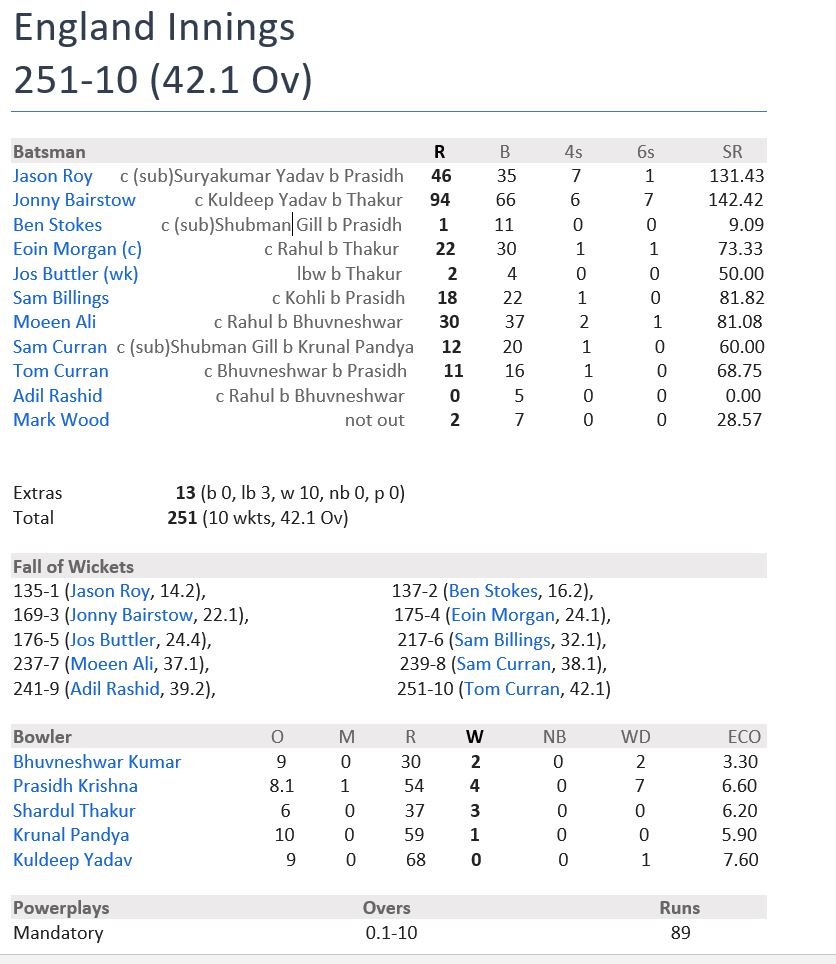 • Shreyas Iyer was taken for scans after suffering a shoulder injury

• Rohit Sharma was hit on right elbow while batting; he didn't take field

The Indian cricket team brought an end to the painful streak of losing the first games of a series by defeating England comprehensively by 66 runs in the first ODI of the 3-match series in Pune on Tuesday. Opening batsman Shikhar Dhawan and debutant pacer Prasidh Krishna were the top performers for India in their respective departments but the mid-game injuries to Rohit Sharma and Shreyas Iyer have left the Indian camp worried.

It was a complete all-round show from the Indian team, with everyone contributing to the cause. However, injuries to two key players in the form of Rohit and Iyer saw them remain on the treatment bench for the majority of the second innings.

Rohit was hit on the elbow by a Mark Wood delivery while he was batting. The injury didn't seem to have bothered the batsman much during his stay on the crease but fielding did become a bit of an issue. The BCCI also shared an update on the same in the middle of the game, confirming that Rohit will not take to the field due to the injury in the second half. India had two injury scares during the first ODI against England in Pune as Shreyas Iyer and Rohit Sharma suffered injuries on the field. Iyer walked off the ground in the second innings after he "subluxated" his left shoulder while fielding in the eighth over of the innings, said BCCI in a tweet.

"He has been taken for further scans and won't take any further part in the game," the tweeted further read. Iyer was seen grimacing in pain after his attempt to field a ball as he lay on his back on the ground. The physio had to be called on the field and the Indian batsman was helped off the park. Rohit was hit on the right elbow while batting in the first innings, said BCCI, and added: "He won't take the field."