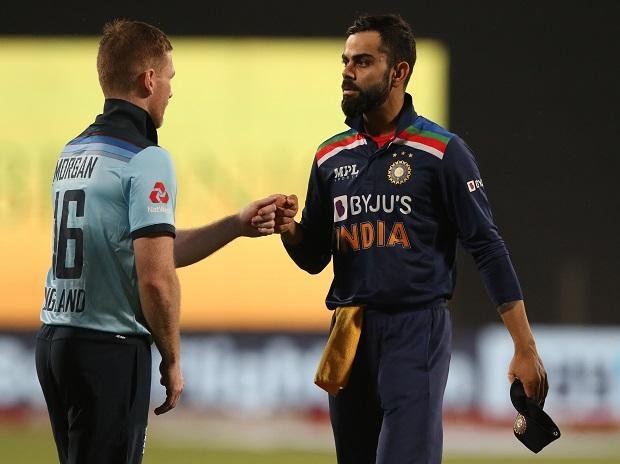 Former India wicketkeeper, Deep Dasgupta calls for the backing of Kuldeep Yadav for at least another game after his dismal performance in the first ODI against England. The chinaman returned with figures of 0/68 in 9 overs and was clearly the worst bowler on the show for India.

Deep Dasgupta acknowledges that Kuldeep has struggled with his bowling since the World Cup, and is down on confidence. He has played only a solitary Test match in the last two years; lost his place in the T20 side, and is on the verge of getting dropped from the ODI eleven as well as Yuzvendra Chahal and Washington Sundar waits in the wings.

To say that Kuldeep Yadav is down on confidence and is struggling won’t be an overstatement. In his last 5 ODIs he has conceded more than 60 runs on four occasions in his spells and taken just 6 wickets. He was preferred over Yuzvendra Chahal and Washington Sundar in the first ODI against England but was one of the least impressive India bowlers on display. Despite all this, former India wicketkeeper-batsman Deep Dasgupta wants Virat Kohli to back Kuldeep and give him at least another opportunity in the 2nd ODI.

"I would like to see Kuldeep for, at least, another game because, as it is, he has been struggling...he is struggling with confidence. We can see, he hasn't played much international cricket in the last couple of years. We can see that he is trying hard so all I will say is, maybe, they should back him a bit. I know, he went for a few [runs] as well in the last game," Dasgupta told Sports Today.

But if you have to give somebody the confidence then the only way that can happen is to make him play, make him bowl. Obviously, get him to bowl the overs against the right batsmen. But if we want Kuldeep back in action and deliver close to his 100 percent of what we've seen or better than that, he needs backing and game time," Dasgupta added.

Kuldeep’s good numbers Kuldeep Yadav who recently completed 100 ODI wickets and is the 3rd fastest IND to reach this landmark.

58.10 % of his wickets have come when he has picked more than 3 wickets in an innings (61/105). No bowler has taken more 3-plus wickets in ODIs than Kuldeep since the left-arm wrist spinner’s debut for India.