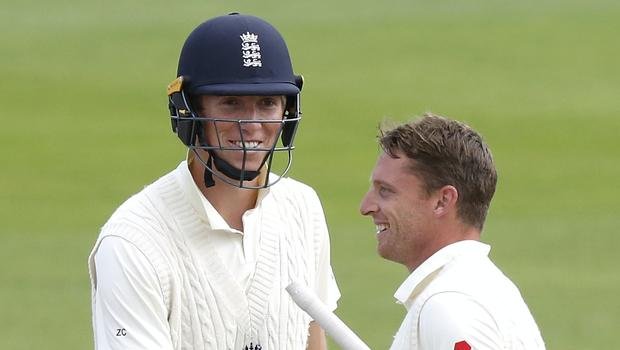 Zak Crawley scored 267 runs in the first innings of the third Test match against Pakistan, Jos Buttler and Zak a record-breaking partnership worth 359 in the third Test against Pakistan. His innings was amazing and he also made a unique world record. It was the joint sixth-highest partnership in England’s history and it was driven by a 22-year-old playing just his eighth Test match. Crawley finished with 34 boundaries and a six from his epic nine-hour stay, eventually stumped down the leg-side as he charged part-timer Asad Shafiq. His score was 267 when Zak was out, while the batsman who scored the biggest individual score before Zak was stumped out in Test cricket was Seymour Nurse who stumped against New Zealand in 1968-69 after playing 258 runs at Christchurch. Zak broke his record after 51 years and now he has become the first batsman in the world to score the biggest personal score before being stumped out in the Test.

Zak Crawley Scored 267 Runs, Jos Buttler and Zak a Record-breaking Partnership Law 27.3 states that: “The wicket-keeper shall remain wholly behind the wicket at the striker’s end from the moment the ball comes into play until a ball delivered by the bowler touches the bat or person of the striker or passes the wicket at the striker’s end. In the event of the wicketkeeper contravening this Law, the striker’s end umpire shall call and signal no ball as soon as applicable after the delivery of the ball.” The top Three batsmen to score the highest before being stumped in Test cricket 267 zak crawley vs Pakistan, Southampton 2020 258 SM Nurse vs New Zealand, Christchurch 1968/69 257 Ricky Ponting vs India, MCG 2003/04 Zak Crawley and Jos Buttler set a new world record by sharing 359 runs for the fifth wicket in the first innings of the third Test match against Pakistan.