'This is our god, who is still not giving up on cricket': Sehwag's epic commentary

'This is our god, who is still not giving up on cricket': Sehwag's epic commentary 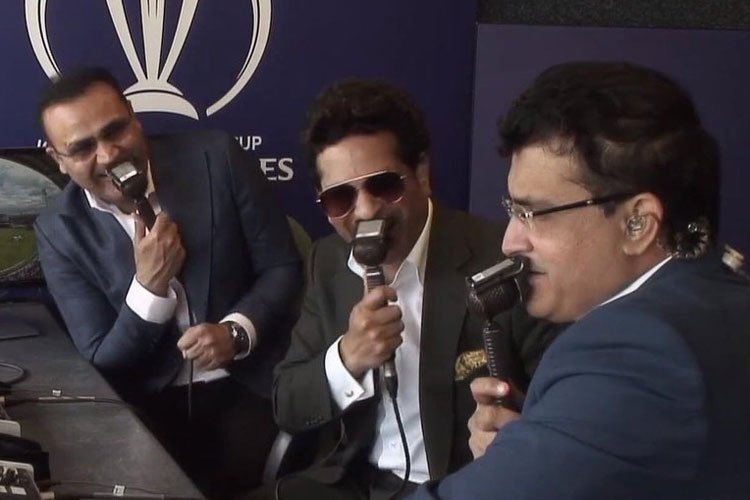 The trio, who are part of the Indian Legends, will face England Legends in Match 9 on Tuesday and ahead of fixture, the three former India batsmen were spotted in a jovial mood. In a video uploaded by Sachin Tendulkar, the former India captain could be seen getting some treatment to his left forearm, but if there was any nervousness, it was negated by Sehwag, who was constantly chatting up with his former India opening partner.
Here's our god, who is still not giving up on cricket. Getting injections one after the other, and will play in the match,""
Sehwag said in the video forcing the onlookers to break into laughter. Sehwag then turned to Yuvraj Singh and asked him, "Any suggestions, Yuvraj Singh?," to which the former India all-rounder replied: "Dekh bhai, tu sher hai toh woh hai Babbar Sher", a proverb which means, 'if you think you're ahead, he's one step further."
Sehwag, who was also recording the footage, then finally turned to Tendulkar, asking him for his opinion, to which the leading run-scorer in world cricket quipped: "Does anyone even get a chance to express their opinion in front of you?"
"That's the aim," Tendulkar added when asked whether he will be fit to take the field against England Legends on Tuesday. The Road Safety Series which is continuing from where it left off last season – when it was called off midway due to the Covid-19 pandemic. Upon resumption this year, The India Legends capped off an emphatic win against Bangladesh Legends, sealing victory by 10 wickets. Chasing 110 to win, Sehwag and Tendulkar rolled back the years by putting on 114 runs in 10.1 overs.

5 Hilarious Bits Of Commentary By Sehwag That Make Us Wish He Was Behind The Mic In IPL 2020 Virender Sehwag has many cricket records to his name, and is one of the most explosive batsmen in the history of cricket. So of course his fans miss seeing him representing India. And while that is not possible now, he can often be found in the commentary box, entertaining people with his words just like he did with his batting.
He makes everything funny and we could use that in the crowd-less tournament. Here are a few examples.