Motera Stadium is a cricket stadium in Ahmedabad, Gujarat, India

Motera Stadium is a cricket stadium in Ahmedabad, Gujarat, India 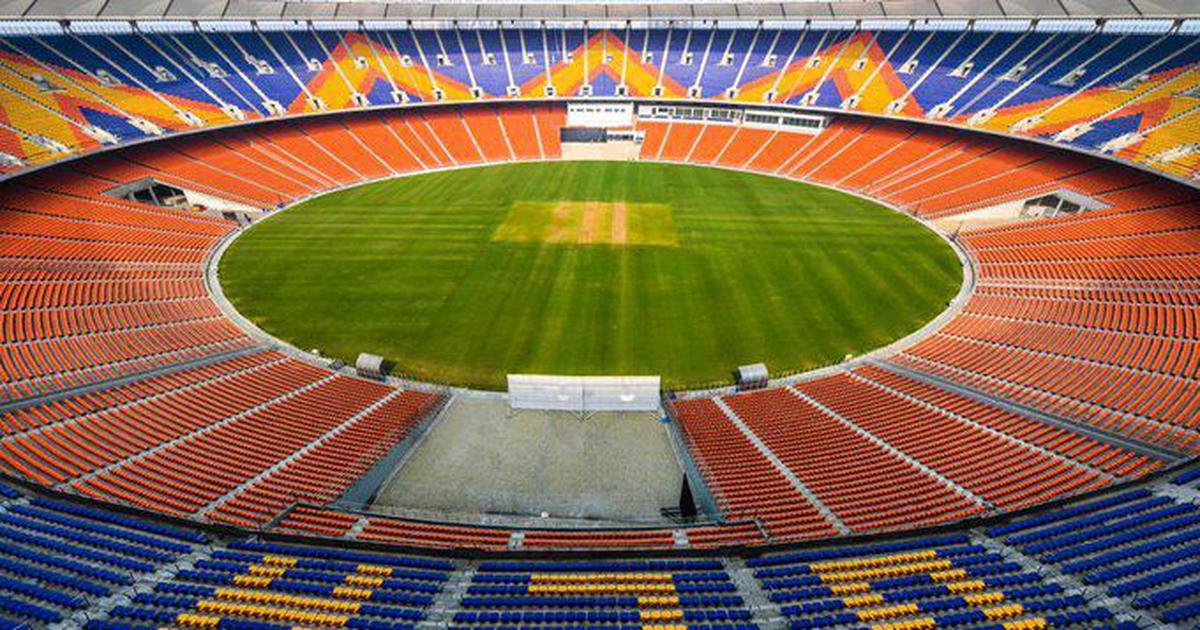 Motera Stadium is a cricket stadium in Ahmedabad, Gujarat, India. As of 2020, it is the largest cricket stadium in the world and the second largest stadium overall, with a seating capacity of 110,000 spectators. It is owned by the Gujarat Cricket Association and is a venue for Test, ODI, and T20I cricket matches.
The stadium was constructed in 1983 and was first renovated in 2006. It became the regular venue for international matches in the city. In 2015, the stadium was closed and demolished before being completely rebuilt by February 2020, with an estimated cost of ₹800 crore (US$110 million).
Apart from cricket, the stadium has hosted several programs arranged by the Government of Gujarat. It has hosted matches during the 1987, 1996, and 2011 Cricket World Cups. The pitch used to favour bowlers previously but has recently hosted competitive games. As of 2020, the stadium has hosted 12 Tests, 23 ODIs, and 1 T20Is matches. 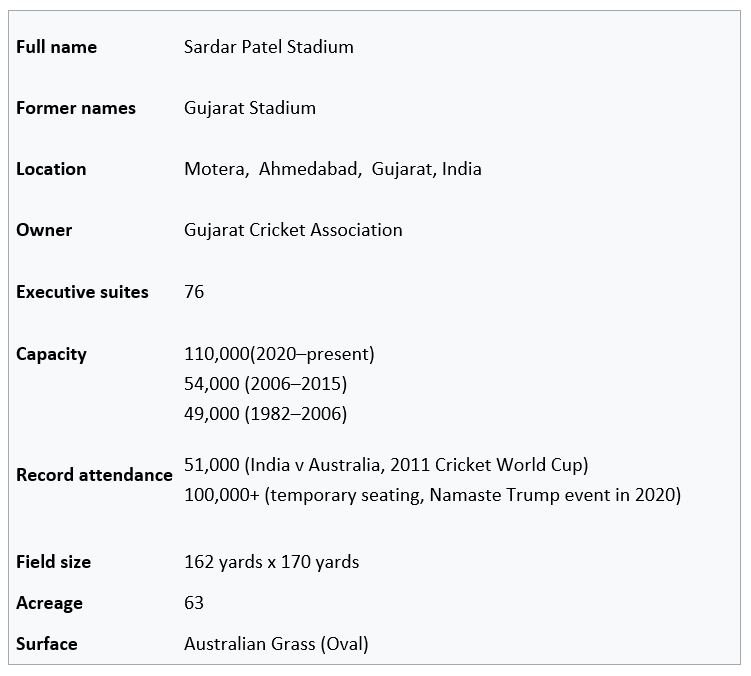 Major events
Namaste Trump
The stadium was the venue of the Namaste Trump event and hosted US President Donald Trump and Indian Prime minister Narendra Modi on 24 February 2020. The event mirrored the "Howdy Modi" event held in Houston, Texas.
Sardar Patel Stadium was where some notable events occurred
• First Day Night Test Match Played on 24 February 2021 between India vs England
• Sunil Gavaskar completed 10,000 runs in Test cricket in 1986–87 against Pakistan.
• Kapil Dev, who had taken 9 wickets in an innings in the first match on this ground, taking his 432nd wicket in Test cricket to pass Sir Richard Hadlee's record in 1994.
• In October 1999, Sachin Tendulkar scored his first Test Match double-hundred in a match against New Zealand.
• Sachin Tendulkar completed his 20 years of International Cricket in the stadium on 16 November 2009 against Sri Lanka. During the same game, Sachin Tendulkar reached a landmark of 30,000 runs in International cricket.
• Sachin Tendulkar became the first-ever cricketer to score 18,000 runs in one day cricket in a match against Australia during 2011 Cricket World Cup. • AB de Villiers reached his first double-hundred against India during the second test of South Africa's tour to India in 2008.