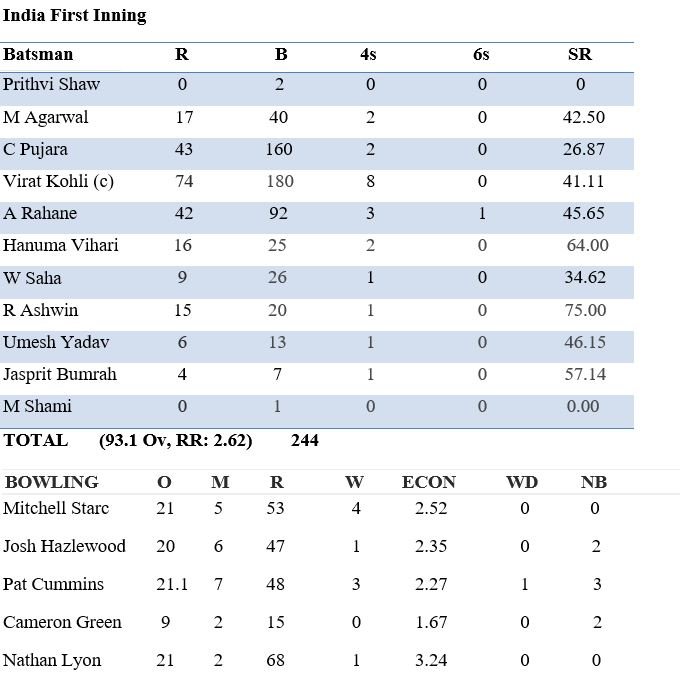 India loses their day-night 1st test match. The match was played between Australia vs India. India won the toss and decided to bat first in first inning India was scored 244 runs and Australia only scored 191 runs. In second inning Indian team could only scored 36 runs in 9 wickets and gave 90 runs target to Australia. In second inning Australia team scored 93 runs in 2 wickets and won the match. Tim Paine played an unbeaten 73 off 99 balls in the first innings. 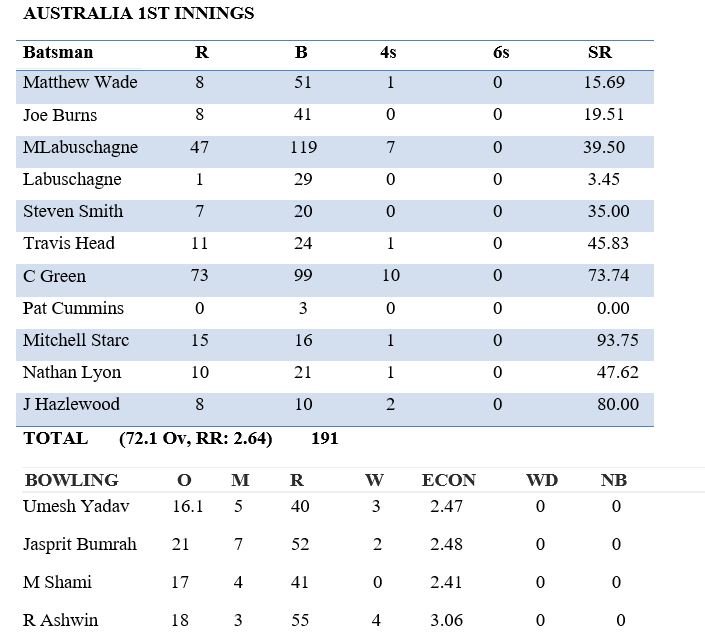 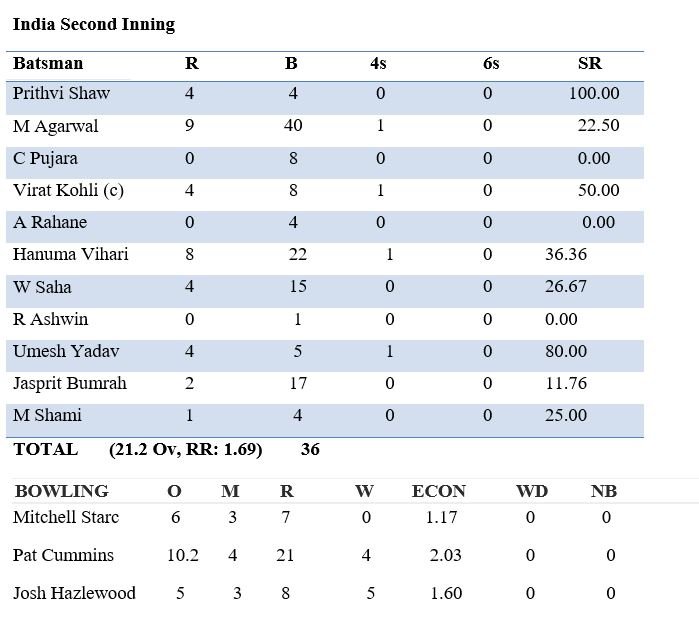 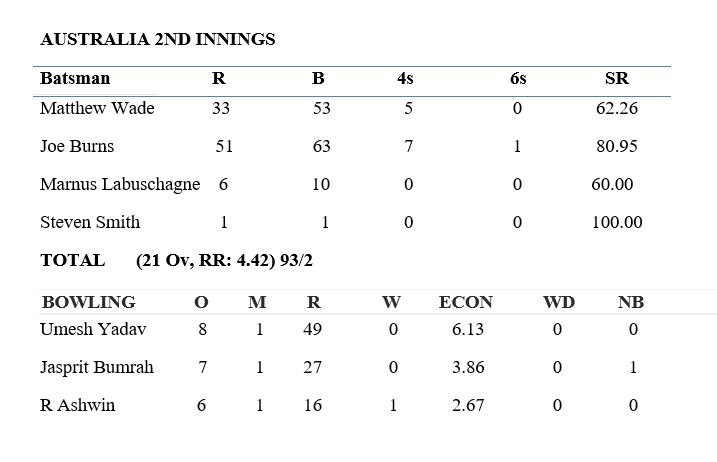