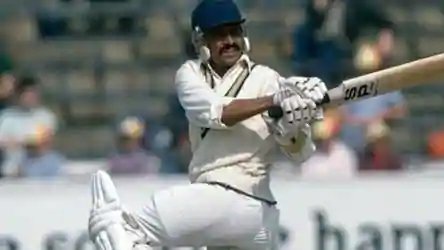 Former India cricketer and UP Minister Chetan Chauhan succumb due to COVID-19. On 12 July 2020, he was admitted to the hospital after testing positive for COVID-19. He died due to complications and multiple organ failure on 16 August 2020 at the age of 73. Chetan Chauhan was appointed as Chairman of NIFT (National Institute of Fashion Technology) from June 2016 to June 2017. He was also twice elected to the Lok Sabha from Amroha in Uttar Pradesh, in 1991 and 1998. From 2018 to 2020, he was minister for youth and sports in the state of Uttar Pradesh, India.

Chetan Chauhan's pairing with Sunil Gavaskar was a huge hit. Both had scored 3127 runs in 60 innings at an average of 54.85. Gavaskar and Chetan Chauhan were the third most successful pair at that time. His younger brother Pushpendra Chauhan while speaking to PTI said: “My elder brother Shri Chetan Chauhan has left us today after fighting a good battle. I sincerely thank everyone who had prayed for his recovery. His son Vinayak will be reaching anytime and we will then perform last rites.” Prime Minister Narendra Modi expressed his condolence on the death of a "wonderful cricketer" and a "diligent political leader".
"Shri Chetan Chauhan Ji distinguished himself as a wonderful cricketer and later as a diligent political leader. He made effective contributions to public service and strengthening the BJP in UP. Anguished by his passing away. Condolences to his family and supporters. Om Shanti," PM Modi tweeted. Gavaskar penned a moving tribute for Chauhan, remembering how he reminded him of the "mandatory overs of life" whenever they met at the Feroz Shah Kotla in Delhi.
"The meetings were invariably at his beloved Ferozeshah Kotla ground where he was in charge of the pitch preparation. As we hugged I would say to him that "no, no we must have another century partnership" and he would laugh and then say "arre baba you are the century maker, not me".
"Never in my wildest nightmares could I believe that his words about being in the mandatory overs of life would come true so soon. It's so hard to believe that his laughter and cheerful banter won't be there the next time I go to Delhi," Gavaskar wrote for ESPNCricinfo.