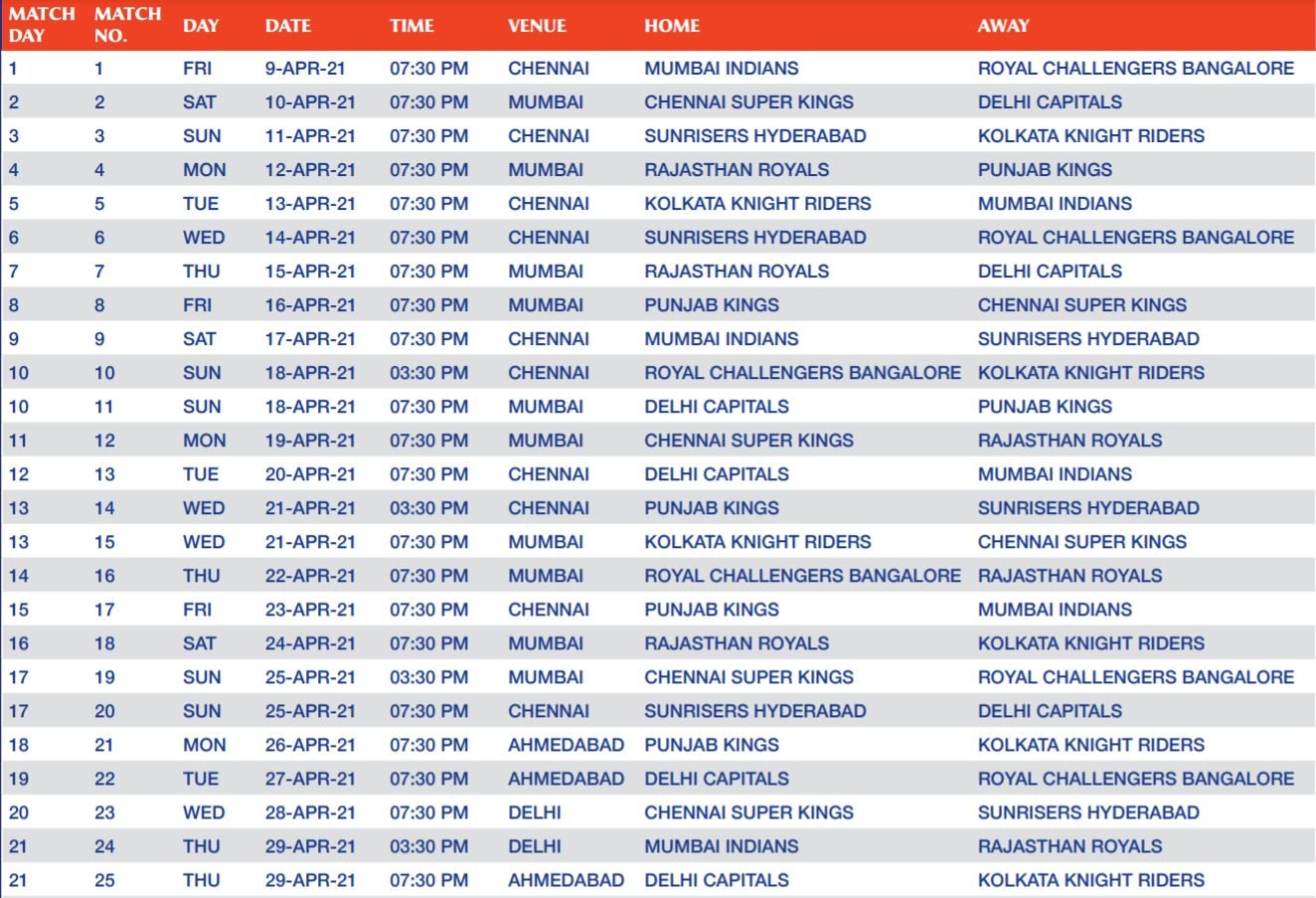 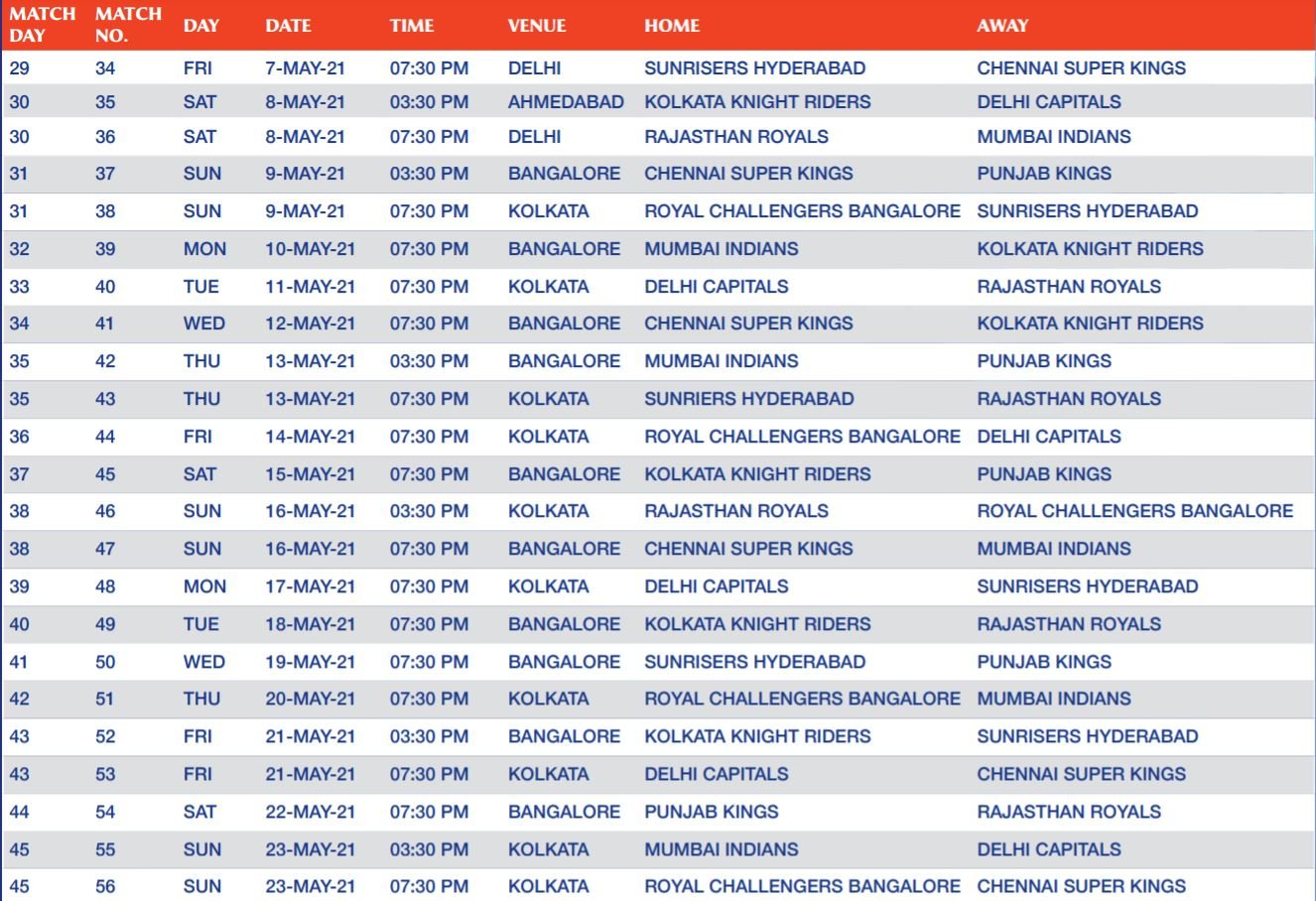 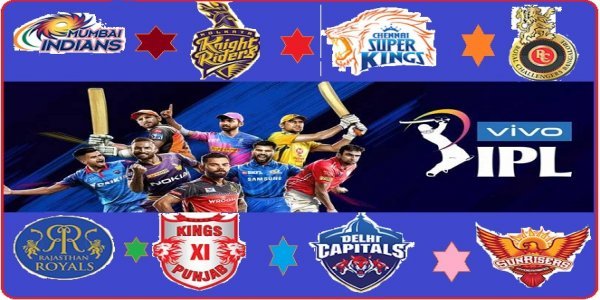 The Vivo IPL 2021 will be held in India: the word is up top true. After a gap of 2 years, the teams as well as the audience are stocked with the yearly sport event. The battle will begin in Chennai with The Mumbai Indians and Royal Challengers Bangalore. The finals and the playoffs will be held in Narendra Modi Stadium Gujarat.
The teams that will be holding 10 matches each are : Chennai, Mumbai , Kolkata & Bengaluru. On the other hand, Delhi & Ahmadabad will be hosting 8 matches each. There is also a small interesting piece of information regarding the location of matches being held, No teams will be playing on their home grounds.
The hustle begins from 9th April 2021, 7:30pm till May 23., The BCCI is confident with the safety & security protocols required in the game proceedings, there are some changes in the schedule of players being moved from one place to another to avoid risking the dangers of corona whilst commuting.
BCCI has also confirmed that the tournament will begin behind closed doors, and a call on letting spectators in will be taken at a later stage.
The Sourav Ganguly-led BCCI has announced amidst the stringent COVID-19 protocols. The last edition was initially postponed and later hosted abroad in the UAE due to the surge in COVID-19 cases in India. Better late than never, the extravagant tournament is now set to return to the country again.
"We have provisionally decided that IPL will start on 9 April and end on 30 May," a senior BCCI source told PTI. "The formal approval of dates and venues will be done during Governing Council meeting next week," the source added. Considering the prevailing circumstances when efforts are being made to minimise the impact of the COVID-19 pandemic, the BCCI has decided to host IPL matches in five cities – Chennai, Kolkata, Bengaluru, Delhi and Ahmedabad.
The city of Mumbai will have to get clearance for hosting matches as the state of Maharashtra has seen a spurt in cases of late. The allotment of matches to Chennai and Kolkata would be done, keeping in mind the state Assembly election scheduled there in the next few weeks.
"After hosting the tournament safely and successfully in the UAE last year with all safety protocols in place, the BCCI is confident of hosting the IPL at home with health and safety of players and all people involved being paramount," BCCI said in the release.

Chennai Super Kings had their core already intact for Ipl 2020. Their focus on Ipl 2020 Auction was to ramp-up backups, and they did a pretty good job with that. The acquisition of Piyush Chawla, Josh Hazlewood, and Sam Curran gives them important backups and situational playing 11s.

With a completely revamped leadership team, Kings XI Punjab would begin their campaign for Ipl 2020. In KL Rahul, KXIP have got a mature leader, who can bring fresh ideas and calmness to the team.

Probably the best playing 11 among all teams, the 2019 champions, Mumbai Indians didn’t have much work to do at the auction as their strongest playing 11 was already defined well before the auction when they traded Trent Boult and Sherfane Rutherford.

If we look at the strongest Rajasthan Royals squad for Ipl 2020 closely, their strongest playing 11 contain 9 players that have already played for them in Ipl 2019.

The entire focus of Sunrisers Hyderabad for Ipl 2020 Auction was to purchase as many young talents as possible. While it is a brilliant long term strategy, how good it will turn out for Ipl 2020 is something questionable.

Delhi Capitals did a wonderful job at the Ipl 2020 Auction by acquiring some key players. The inclusion of Shimron Hetmyer, Marcus Stoinis, Chris Woakes, and Ravichandran Ashwin gives a fresh look to Delhi Capitals.

Having retained the least number of players ahead of the Ipl 2020 Auction, RCB’s strategy looked baffling in the auction. While the purchase Aaron Finch and Chris Morris seem logical, they letting go of Alex Carey (WK) and Chris Jordan was surprising.