Hockey India is now the governing body with exclusive 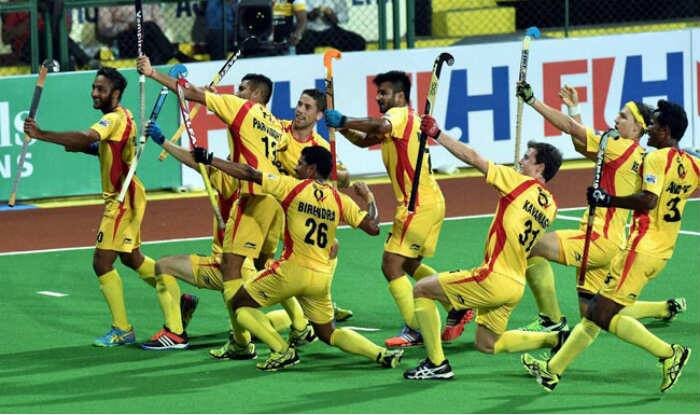 Hockey India is now the governing body with exclusive mandate to direct and conduct all activities for both men and women's hockey in India. It is recognized by the Ministry of Youth Affairs & Sports, Govt. of India as the sole body responsible towards promoting Hockey in India. It was formed after Indian Hockey Federation was dismissed in 2008 by IOA. Headquartered in New Delhi, Hockey India was established on 20 May 2009 and is affiliated to the International Hockey Federation (FIH), the Indian Olympic Association (IOA) and Asian Hockey Federation (AHF).
Committed the development of hockey in the country, Hockey India with the assistance of Sports Authority of India and Department of Sports, Government of India, trains players at sub-junior, junior and senior level. The governing body engages in coaching the coaches with International Standard certification programs, educates and equips technical officials and umpires to find a foothold in international arena, provides world-class infrastructure and International exposure for the players besides regular international competition.

Hockey Indian league
Hockey India League (HIL), known as the Coal India Hockey India League for sponsorship reasons, is a professional field hockey league in India. The league is organized by Hockey India, the governing body for the sport in India. HIL, along with the Indian Premier League, Indian Super League, and Pro Kabaddi League, is considered one of the major sports leagues in the country. HIL consists of six teams, with the regular season lasting two months from January to February, with each team playing 10 games. The top four teams at the end of the season move into the play-offs, where the championship game decides the Hockey India League winner.
Hockey India League was founded in 2013 as part of Hockey India's attempt to get an International Hockey Federation sanctioned league after the un-sanctioned and non-Hockey India tournament, World Series Hockey, began in 2012. The first season took place in 2013 with five teams. Since beginning, the league has proven to be a financial success for Hockey India, who was in financial disarray before the league began. In 2015, it was reported that the federation earned a profit from the league and television revenues.
The most recent champion of the Hockey India League is Kalinga Lancers, who won the tournament in 2017. Ranchi Rhinos, Delhi Wave riders, Ranchi Rays and Punjab Warriors have also won the league.