Arsenal's first-team squad have rejected a 12.5 per cent pay cut as the Gunners' hierarchy look to cut costs during the coronavirus crisis. 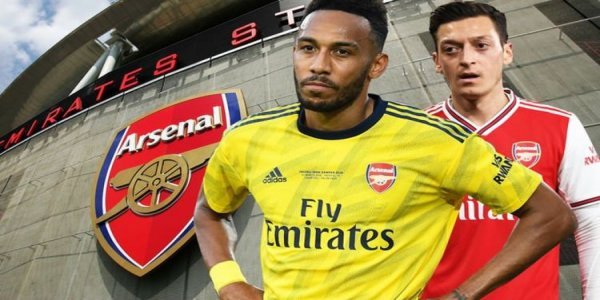 The north London club have felt the impact of the global outbreak of COVID-19, which has claimed the lives of more than 115,000 people. Mikel Arteta contracting the virus last month was a major contributing factor in the suspension of the Premier League, which has not seen any of its matches played since March 9. Arteta has since fully recovered but the financial repercussions of the pause in play have been felt at Arsenal, who have been without gate receipts since their last match on March 7 while commercial income has dropped. Arsenal had been hoping to get their players to agree a drop in their salaries amounting to 12.5 per cent between April 2020 and March 2021. But the club's squad voted on the cut this afternoon and rejected the terms, despite a number of incentives having been included, according to the Arsenal had sought to tempt their players into agreeing to the cut by declaring that any player who went on to sign a new deal in the future would get the deducted balance back in addition to their new salary. Another way in which the Premier League giants tried to tempt their players into accepting the cut was that any player sold for a fee would receive their wage cut back in full. Yet the squad were not receptive to such a clause with the upcoming transfer window expected to be far less active than previously. They also believe the value of future contracts could be affected by the public health crisis, which is expected to delay the Premier League from returning until June at the earliest. The Telegraph add that very few members of the squad were keen on the cut as they held a formal vote, with none of the top earners willing to agree to the measures.

“Arsenal had hoped that offering their players a proposal that would see their wages rebated in full if they qualified for the Champions League or the cut fall to 7.5 per cent if they secured a spot in the Europa League would see an agreement reached. A 12.5 per cent cut would amount to around £25million, with the club's wage bill standing at around £230m annually. That includes Mesut Ozil's £350,000-a-week wages, while Pierre-Emerick Aubameyang and Alexandre Lacazette are in the bracket below the top-earning German playmaker at near £200,000 a week. The Professional Footballers' Association have advised players only to accept pay cuts if it is in the form of a deferral. Southampton announced last week that their players, manager Ralph Hasenhuttl and his coaching staff plus the board had agreed to a three-month deferral of 10 per cent “to help protect the future of the club, the staff that work within it and the community we serve”. Similarly, West Ham's squad could agree to a five-month 30 per cent deferral while other clubs are holding talks with their players about a similar course of action. And the Arsenal's squad's rejection of a cut is despite head of football Raul Sanllehi having warned them that the club would struggle to offer improved contracts once their current deals near their expiration dates. That's per football.london, who say Sanllehi has also said Arsenal players could face a further cut if the Premier League is voided.” 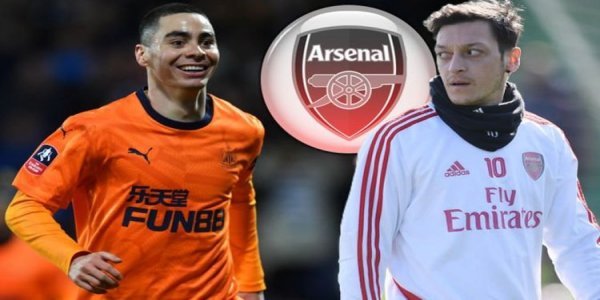 It is hoped the 2019-20 season will be concluded in the summer months, but Arsenal's players are believed to have been left unhappy at the warning that the 12.5 per cent cut will be increased if the campaign is rendered null and void. All 20 clubs in England's top flight would see their finances hit badly in such a scenario, given the league would have to pay back around £750m to broadcasters. Football.london add that the Arsenal squad are keen to ensure non-playing staff continue to be paid, with the club committing to paying their staff in full until the end of the month. Some members of the team are said to believe they think the club are using the situation to their advantage to trim a wage bill which director Josh Kroenke last summer said is "a Champions League wage bill on a Europa League budget". Arsenal's players are reportedly surprised by their strategy with it even said the manner of the negotiations may make an eventual agreement even more unlikely.